Atlantis is a 25 line game by IGS.  The game symbols combine the Modern and Ancient Times in the Legend of Atlantis. 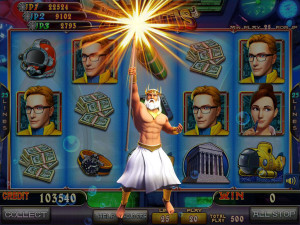 Atlantis is a brand new 25 line game by IGS.  The game symbols are themed to the ancient times and modern times of the Legend of Atlantis.

Atlantis has an Eruption Feature will be randomly triggered in the scene of ancient times  when there is no win in a game.  The Eruption Feature will hit one to three symbols in the middle area and turn them into the same symbols.  When the symbol in the middle is determined, the lights that stopped at the outer area will also turn into the determined symbol to result in the increase of  winnings.

The Poseidon Feature will be randomly triggered in the scene of modern times.  When the Poseidon feature is triggered, the determined symbol will randomly substitute other symbols  in the main game to increase the winning amount. 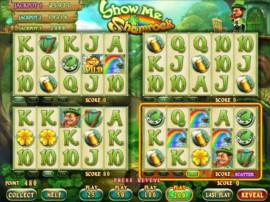 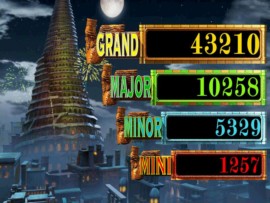