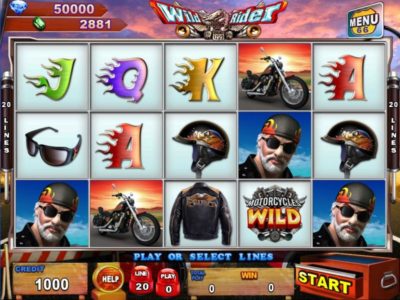 Mega Play / A multigame by IGS 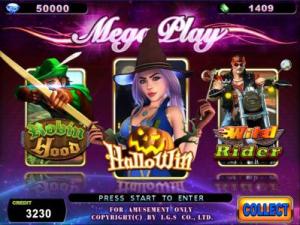 When the Golden Arrow appears on the fifth reel, Robin Hood will shoot random symbols and change them to Wild symbols to increase the players winning chance.

If three Scatter symbols appear in a game the player will be awarded ten Free games.  Each consecutive win will increase the designated symbols to turn into Wild symbols.

Hallowin is a twenty line game set with a Halloween Theme.  When one or two Hallowin symbols appear they will substitute for all symbols.

Wild Rider is a twenty line game with a motorcycle theme.

When one of the non Card symbols appear in the left three reels the Re-spin feature will be triggered.  The defined symbol and the Wild symbols will be held on the screen after each Re-spin and the other symbols will Re-spin again.  It repeats the same until no defined symbol or Wild symbol appears on the last Re-spin.  If the player reaches All Same the prize will be large and the game is over.

Any Green Wild Rider symbols that appear in the first three reels will trigger the Wild Rider Feature and Re-spin.  The symbols will randomly change to wild symbols to increase the winning chance.

Click the thumbnail to see or print the full size flyer. 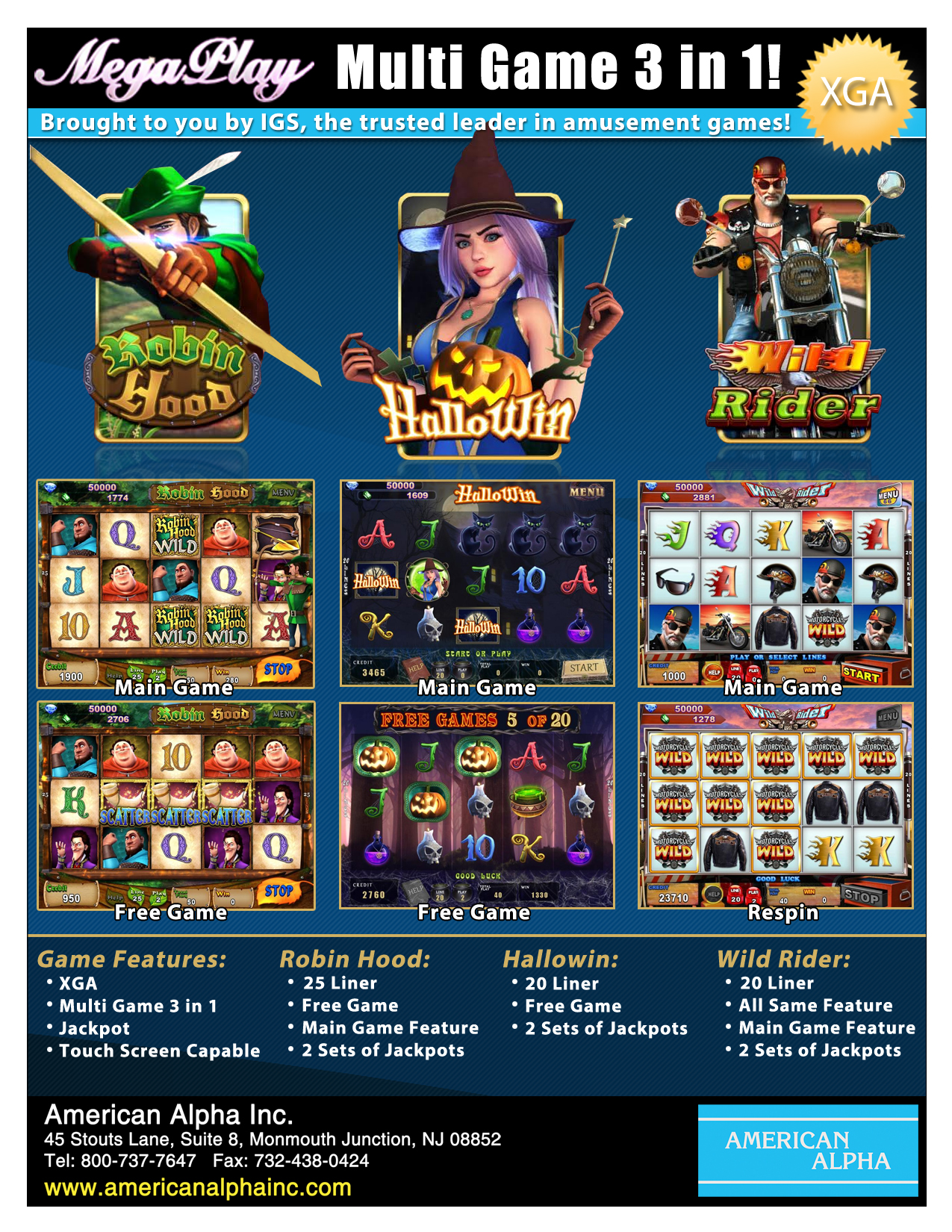 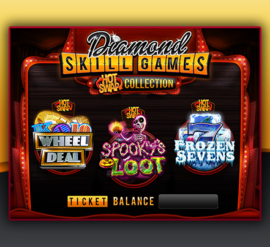 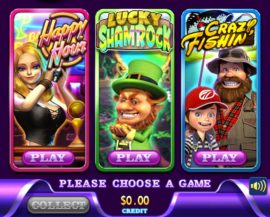 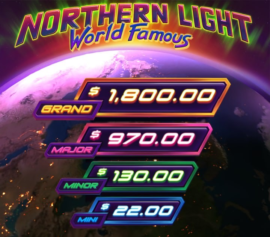 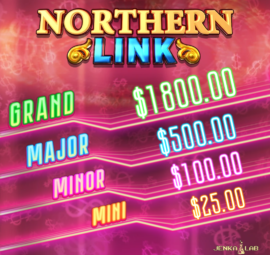 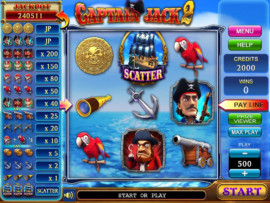