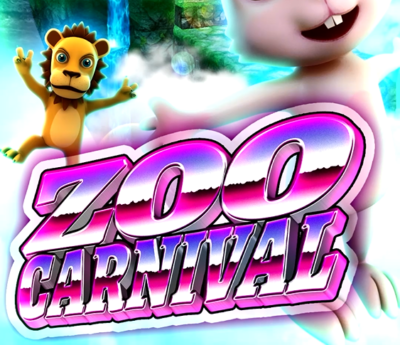 Zoo Carnival is a video coin pusher game.  Players aim their coins at the figures on the carousel for big prizes and bonus games. 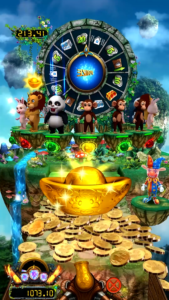 Zoo Carnival is a video coin pusher game.  Players aim their coins at the figures on the carousel for big prizes and bonus games.

Zoo Carnival is a virtual coin pusher game with the carnival theme . Score by hitting the moving animal figures on the carousel with coins. The missed coins will bounce backwards onto the coin pusher play field.  Use the Weapon button to increase the guns strength and the amount of coins bouncing back to the coin pusher .

When any animal figure other than the Golden Lion is knocked off the carousel, a prize card will drop onto the coin pusher.  If the prize card falls into player’s coin box, they will win chances to spin the Lucky Lottery Wheel.  When the wheel spins it will give a  chance to win more prizes like bags of coins and treasure chests.  When the wheel lands on Raising Barriers, a fence will raise up on the sides of the coin pusher and more coins will be forced into the players coin box.  When the wheel lands on Earthquake, an earthquake will shake extra coins into the player’s coin box .

When the Golden Lion is knocked off one of the following Super Bonuses will be awarded:

Hitting the animal with a Golden Nugget on top will gain a gem.  Collect  3 gems to trigger the Clown Bonus game.  The bonus items rain down and move the Clown with the Joystick to accumulate more items.

Hitting an animal with a boomerang on top will trigger the Boomerang Bonus game.  There a 7 arrows lighting up randomly.  Choose the center arrow and kill the fire dragon for the grand prize. 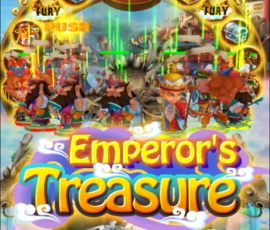